Skip to content
Support us
Scroll to the Top

back
to the
top

The Census 2021 releases data on gender identity for the first time ever!

The Census is a survey of the population and housing in the United Kingdom that is conducted by the Office for National Statistics (ONS). The Census is conducted every ten years and provides important information about the characteristics and circumstances of the people and households in the country. The data collected by the Census is used to inform government policy, allocate funding to local authorities and communities, and support research and planning.

However, it is important to note that the Census is a voluntary survey and individuals are not required to answer any questions they do not feel comfortable answering. All responses to the Census are confidential and are used only for statistical purposes.

The ONS have finally released the information regarding gender identity from the 2021 Census, which includes the following;

The ONS also looked at how this data varied across both England and Wales and found the following;

When looking at the split of specific gender identities in relation to the individual’s local authority, we can see the following; 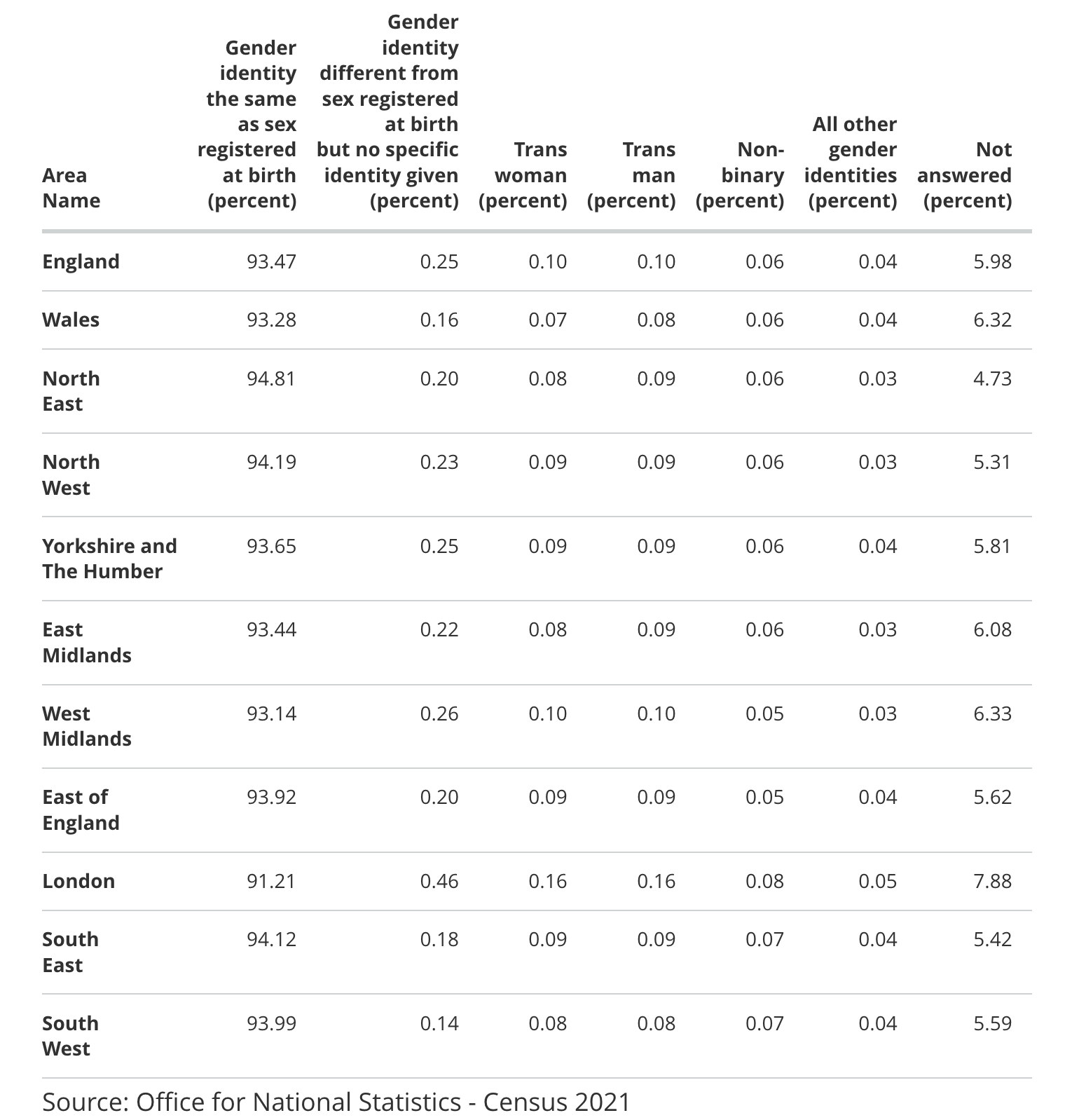 The question on gender identity was new for the Census 2021, which was added to provide the first official data on the size of the transgender population in England and Wales. The data will help to provide better quality information for monitoring purposes, support anti-discrimination duties under the Equality Act 2010 & aid allocation for resources and policy development.

Keep your eyes peeled for some more news breakdowns throughout the year, as the ONS begin to release more information regarding the sexual orientation and gender identity analysis, including information on other contributing factors!

enter before Feb 28th to be in with a chance!